Pokémon Scarlet and Violet each feature an array of little exclusives, but which version of the game is right for you? we are going to discuss below: 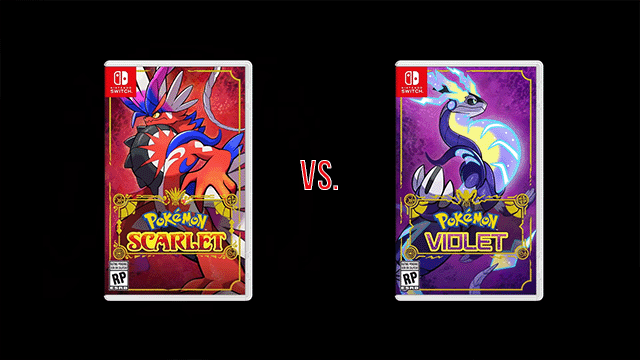 both versions of the game are equally good. It is probably the first time that a Pokemon game in the main line does not have one version that is significantly more popular.

Anyone familiar with mainline Pokémon games should know the drill by now. Different versions of main Pokémon titles have featured exclusives since the first generation of Pokémon games. In the past, those exclusives have largely been limited to unique Pokémon that can only be found in certain versions of the game. Over time, though, those exclusive have expanded to include a number of subtle (and not-so-subtle) differences.

That being the case, here’s a look at what you get with Scarlet and Violet as well as which version of the game is right for you.

Along with the exclusives noted above, it’s worth mentioning that Scarlet features a slightly more “ancient” aesthetic. Many of the game’s exclusive Pokémon boast a slightly more prehistoric design, and even the Koraidon Motorcycle feels oddly traditional for a dragon turned into a motorcycle.

Orange and Red are the game’s dominating colors, which shouldn’t be much of a surprise given Scarlet‘s title. Given that there doesn’t seem to be a way to change your main character’s clothes during the course of the game (an odd design choice), those starting outfits might be more significant than they would otherwise be. That aside, you should just expect to see more of each versions primary colors throughout the game.

Finally, Scarlet‘s Paradox Forms tend to focus a bit more on some “classic” Pokémon like Jigglypuff and Magneton. That fits into that version prehistoric themes, and could appeal to fans of some of the older Pokémon titles.

Unlike Scarlet, Violet emphasizes a more futuristic theme that can be found in nearly every aspect of the game. Not only are the game’s exclusive Pokémon a bit more sci-fi in their design than their Scarlet counterparts, but even that version’s Legendary vehicle feels like something straight out of Tron. Violet‘s Paradox Forms are also based on certain Pokémon’s “future versions,” which essentially turn them into robots.

Much like Scarlet, though, most of Violet‘s most notable exclusives are aesthetic. You’re going to see blue and purple a lot more in this game, including on your main character’s outfit. If you happen to greatly prefer that color scheme, that could certainly end up influencing your purchase decision.

Pokémon Scarlet vs. Violet: Which Version is Best?
As you probably guessed, neither Scarlet nor Violet holds a clear advantage over the other. Anyone who buys either version of the game can eventually acquire most of the “exclusive” content via trades, and most of the remaining differences come down to looks.

That said, the “prehistoric” vs. “sci-fi” theme differences could end up being the biggest decision influencer. I personally prefer the diversity of Scarlet‘s character designs (especially when it comes to the exclusive Paradox Forms), but that’s obviously subjective. If you tend to prefer one style over the other (and if that style preference gels with your preferred color choices), then you’ll have no problem picking one version over the other.

Neither version offers an obvious power advantage in terms of exclusive Pokémon, though I would again maybe give Scarlet the slightest of nods in that category simply due to the stat/type distribution of its exclusive Pokémon and how those Pokémon may help you at certain points in the game. Again, though, it doesn’t make that much of a difference, and Violet offers some exceptional exclusive Pokémon designs (especially if you like Dragons).

Made by❤ Danish Majeed